Posted by Anh Quỳnh
in Articles 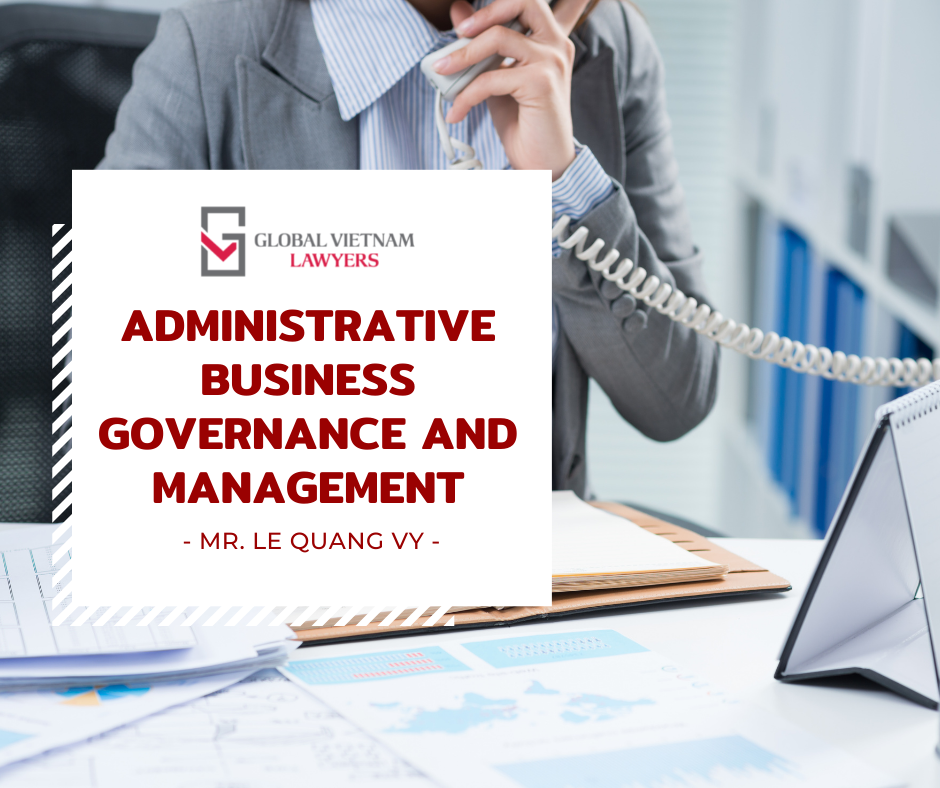 GV Lawyers would like to introduce readers an article by Lawyer Le Quang Vy titled: “Administrative business governance and management” published in the Saigon Economic Times No. 36-2021 (1,603) on 02 September 2021.

During the epidemic, many state agencies as well as officials made mistakes in the process of administration, management, and performance of official duties. It happened that an agency issued three documents in one day to revoke two documents that had just been issued; or the case of a vice-chairman of the ward who behaves himself towards citizens in noncompliant with conduct standards; then the case that residents must obtain the seal of the ward People’s Committee on their travel papers to be allowed to go out… There are also many cases where the different legal effects of the act of revoking and the act of canceling administrative documents cannot be distinguished…. Are these errors due to stress due to anti-epidemic requirements or administrative problems?

In administrative jurisprudence, administrative profession is the legal principles and techniques for the management of public affairs. Social order and security is an inevitable and direct consequence of administrative discipline.

As an administrative decision that violates the law and is unpopular with residents is issued, the disastrous consequences are incalculable. Internally, any executive level will get annoyed as he has to correct the wrong document again and again, and this will affect the reputation of a leader. In society, residents will get confused, lose faith, and be thrown into an instability due to a lot of buzzing public opinion, and even this deprives the government of popular trust.

In addition, with professional conscience, administrative officers need to find out the reason for a law or a document of superiors to be promulgated by raising questions: why, or for what purpose is there the advent of such law or document? At the same time, it is necessary to find out the evidentness that upon implementing the law or document, what advantages and disadvantages will happen? How should it be implemented? Upon seeing an injustice in society stem from the evidentness and the reason of a law or a document issued by a superior, officials or administrative agencies need to boldly struggle and propose a motion for the National Assembly to amend or abolish inadequacies in the law; or request superiors to revoke or cancel the issued administrative documents. By doing so, the official or administrative agency has had merit in consolidating the power of public authority, protecting the State’s trust and social order.

The principle of respect for the law is not only respecting the law, but also all delayed acts in law enforcement and execution of any documents by superiors. Any said delays are considered violations. The fact that a health department has to quickly issue three documents in one day to revoke the previously issued document is also a violation of the rule of law. Specifically: (i) The naming of the drug, the manufacturer and the company selling the drug characterized as “mandatory” is a violation of article 22 of the Bidding Law, resulting in unfair competition (violation of the law); (ii) Spreading psychological panic, causing people to rush to buy medicine and hoard it. This is likely to lead to a violation of the directives of the Government and of the City People’s Committee on social distancing (violation of superior documents).

The second rule to follow is the respect for an agreement. Indeed, A Latin saying “Pacta Sunt Servanda” means that once you have made a commitment, you must be faithful to what you have pledged. This has become one of the important principles in international public law as well as domestic public and judicial law of most countries. Accordingly, once the State has committed or promised something to residents, it must absolutely keep its credibility. In administrative profession, the principle of respect for an agreement must be strictly and thoroughly implemented.

The general trend of today’s advanced administration is the moral conception of morality by the concept of Justifiable and the legal conception by the notion of Legitimacy, so administrative jurisprudence indicates that the State administrative agency must legitimize what’s just, reasonable but has not yet been legal; never justify what is legal without being justifiable, unreasonable. The case where a ward vice-chairman said that bread is not an essential item, is not only an abuse of power but also a lack of understanding of the legitimate, reasonable and essential needs of residents.

Difference between revocation and cancellation of administrative documents

Is administrative work necessary for enterprises?

Today, most businesses have an administrative department. However, it should be known that administrative affairs is a professional occupation. Therefore, mastering the above-mentioned administrative principles will help enterprises to govern and manage their unit more scientifically and systematically, which means that the governance will be highly persuasive, reasonable, clear and strict. The fact that enterprises strictly comply with the law and politicize what is considered to be legitimate and reasonable by employees, bring out both tangible and intangible benefits to themselves.